I looked out my front window just before going to bed last night, and look who made our front lawn their sleeping area. 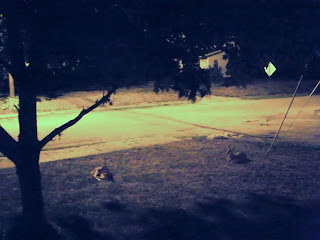 Click to see larger.  They were so adorably magical out there.

Our neighborhood has two fawns.  I could die of their adorableness. 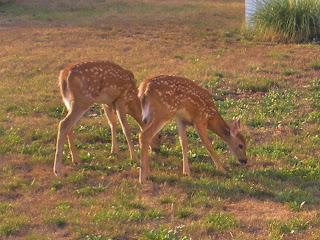 I finally gave in and bought some Ortho bug spray for my poor bean vine.  And it seems to be doing much better now!  Hooray! 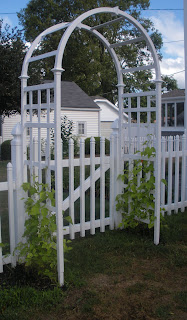 I stopped by the county Master Gardeners' open garden today.  This arbor planted with a moonflower vine was especially lovely.  I think next year though I'll plant my arbor with clematis. 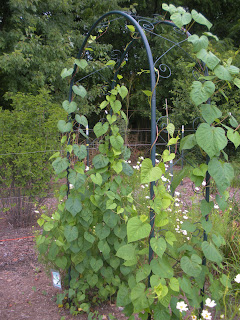 My bean vine again...finally I have a couple of buds on there! 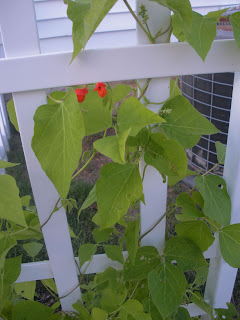 I'm so smitten with my moss roses I got for the planter.  Today they were especially prolific.  I love the bi-color of peach and pink on some of them. 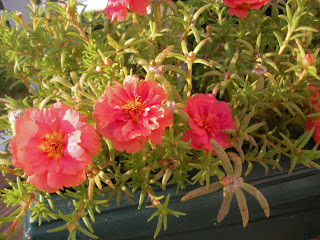 We've started letting Corvin out on our back porch, heavily supervised. 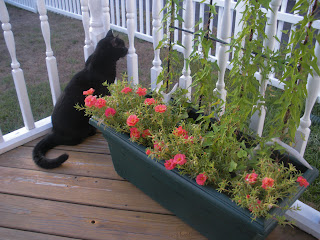 I'm going to begin this blog post by introducing you to the Green Man above the front door of my home.  Created by Toby Froud, with a slumbering companion in his seed pod below, by Sarah Froud, we named him Verde (mispronounced "Vurdy" to rhyme with "Hurdy Gurdy" and give him the bit of mischief that so many Froud creatures have). 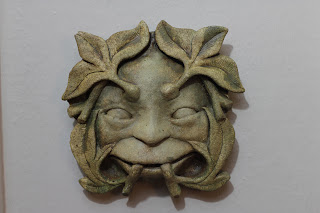 For a while now, I've wanted to paint the words "Verde Verite" to either side of him, meant to mean "Green Truth" in some horribly hacked approximation of Latin I brainstormed.  Originally I was just going to pick a nice font on the internet and paint the words on the wall, but it dawned on me one night that the words should really be hidden in greenery and vines, and only visible to those looking for it. 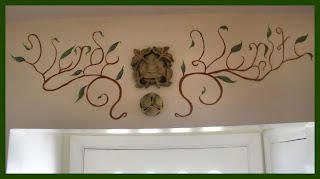 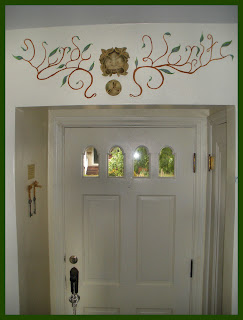 When I finished painting, I went outside to take some pictures of our own "green truth" in our yard. 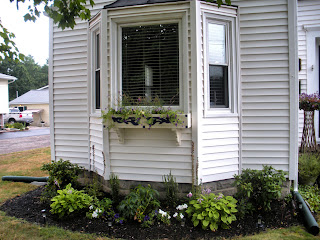 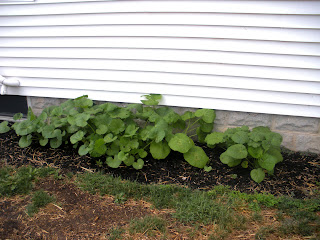 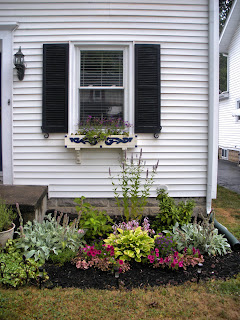 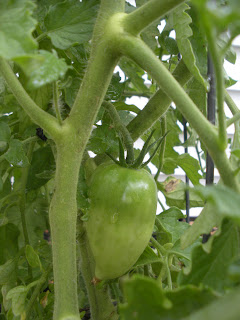 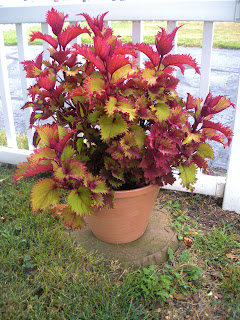 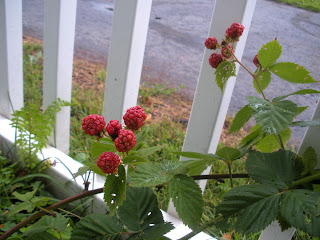 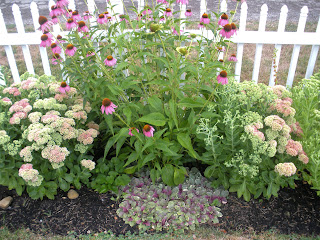 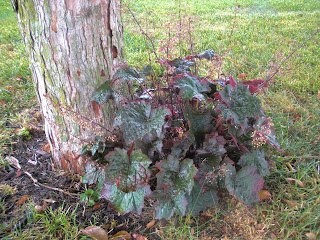 As I was heading inside, the most fey of creatures caught my eye, sitting on a huge Hollyhock leaf.  This leaf bug looks like he has tiny wings made of leaves on his back, and his camouflage is unmatchable! 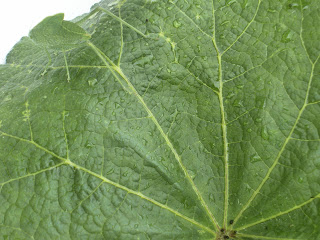